DEPARTMENT OF INFORMATION AND PUBLICITY

It is with profound sadness that the African National Congress has learned of the passing of our Deputy Secretary
General, Comrade Yasmin ‘Jessie’ Duarte, during the early morning of Sunday, 17 July 2022.

The ANC expresses its heartfelt condolences to the Duarte, Dangor, and Whitley extended families, loved ones, and
friends. She was both a tower of strength to the organisation as well as a matriarch and pillar of her family. The
Comrade Jessie was undergoing treatment for cancer, and was on medical leave since November 2021.

The passing of Comrade Jessie is a great loss, not only to the family, but to the democratic movement and the
country as a whole. As a committed internationalist and former diplomat, not only will she be mourned by South
Africa, but by colleagues and comrades on the African continent and in the international progressive movement.

She dedicated her entire life to the struggle for a united, non-racial, non-sexist, democratic, prosperous, and just
South Africa. A committed gender activist, she relentlessly championed the emancipation and empowerment of
women. Her life and work reflected a consistent commitment to advancing the rights of the poor and marginalised.

At the time of her passing, Comrade Jessie was serving as Deputy Secretary General of the African National
Congress since 2012 and a member of its National Executive Committee since 2002.

Comrade Jessie Duarte will be buried this afternoon in Johannesburg according to Muslim rites. 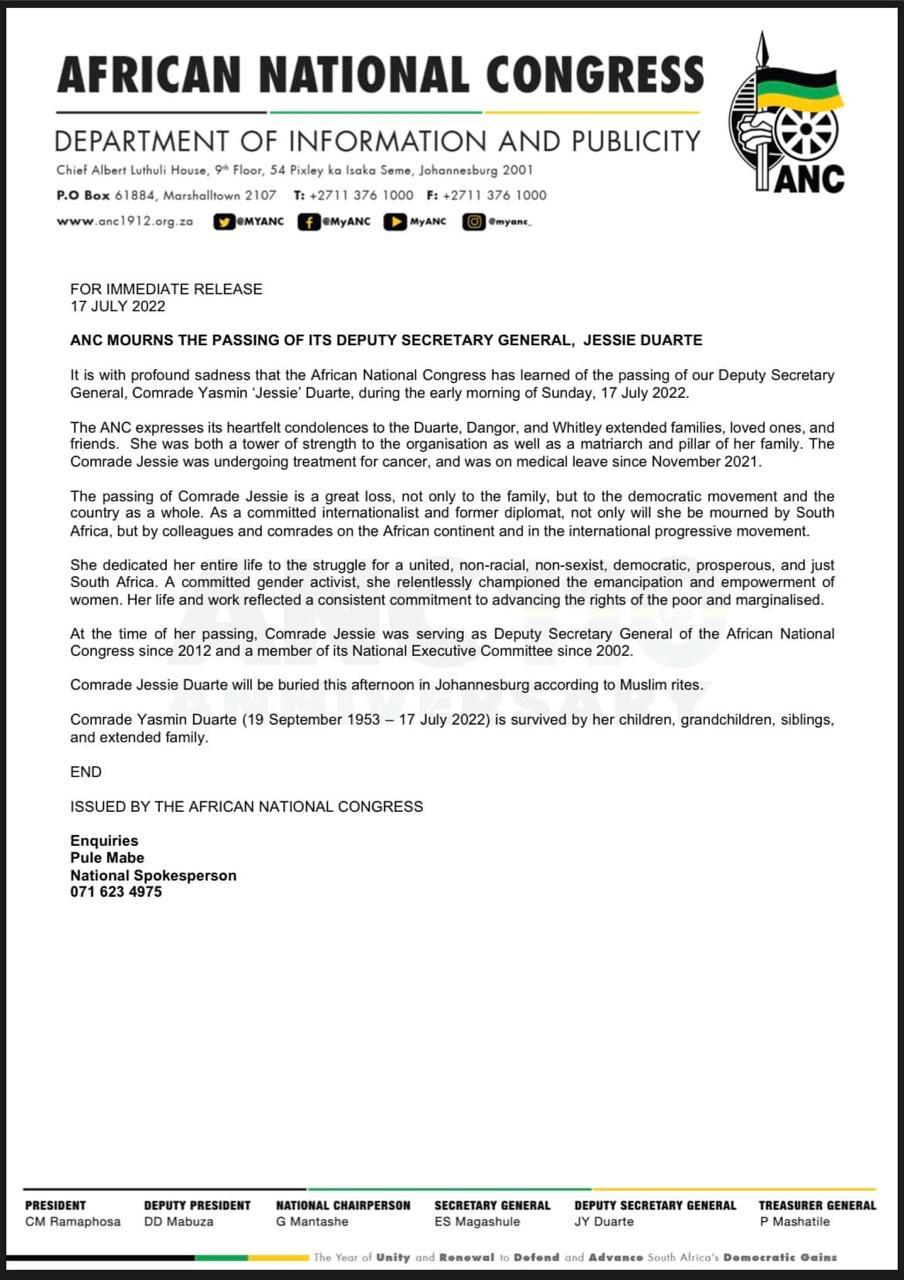